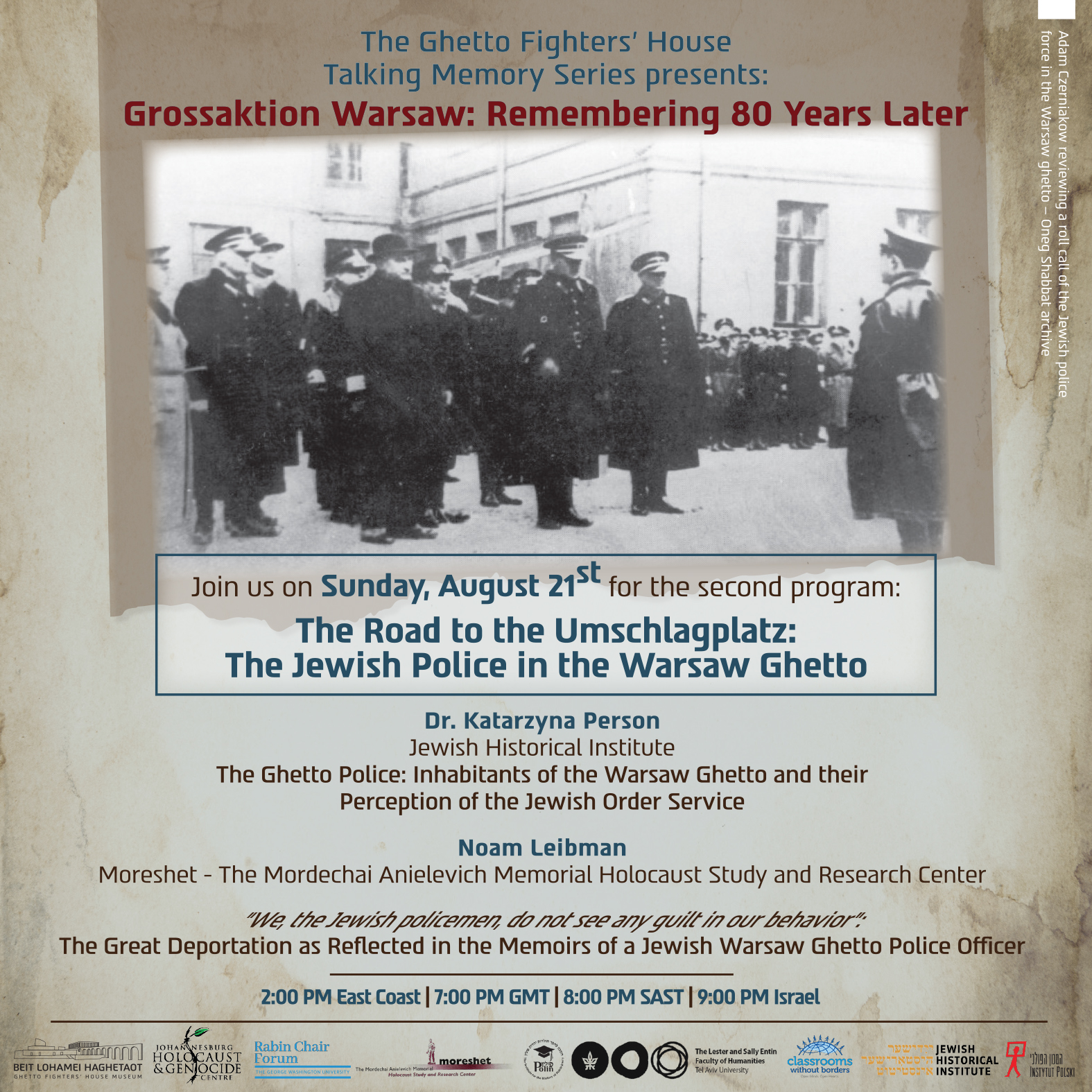 Join us for the second program on Sunday, August 21st

The Road to the Umschlagplatz: The Jewish Police in the Warsaw Ghetto

The Ghetto Police: Inhabitants of the Warsaw Ghetto and their Perception of the Jewish Order Servic

“We, the Jewish policemen, do not see any guilt in our behavior“: The Great Deportation as Reflected in the Memoirs of Jewish Warsaw Ghetto Police Officer

The second program in this series deals with the Jewish police in the Warsaw ghetto. In her presentation, Dr. Katarzyna Person will look at the Jewish Order Service, commonly known as the Jewish Police, and its duties in the Warsaw ghetto. She will show the evolving perception of the Jewish Police among ghetto inhabitants and the narrative regarding its actions in the early period of the ghetto existence, during the Gross Aktion and in the aftermath of the Holocaust.

Noam Leibman will focus on the self-narration of Jewish Service officer Stanisław Gombiński regarding the Great Deportation of the Warsaw ghetto. Despite the diverse number of studies about Jewish police and the well-known memories that have been written, their personal voices are primarily used to explain various situations and interactions rather than to understand their perspectives. 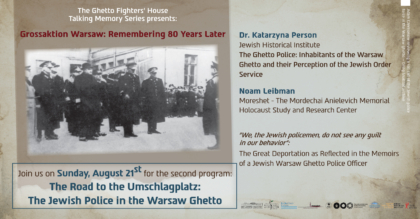 This program is in partnership with Classrooms Without Borders, Johannesburg Holocaust & Genocide Center, the Rabin Chair Forum, Moreshet Holocaust & Research Center, the Institute for the History of Polish Jewry at the University of Tel Aviv, the Polish Institute in Tel Aviv and the Jewish Historical Institute in Warsaw.