The Witnesses of the Warsaw Ghetto: The Archives and the Streets 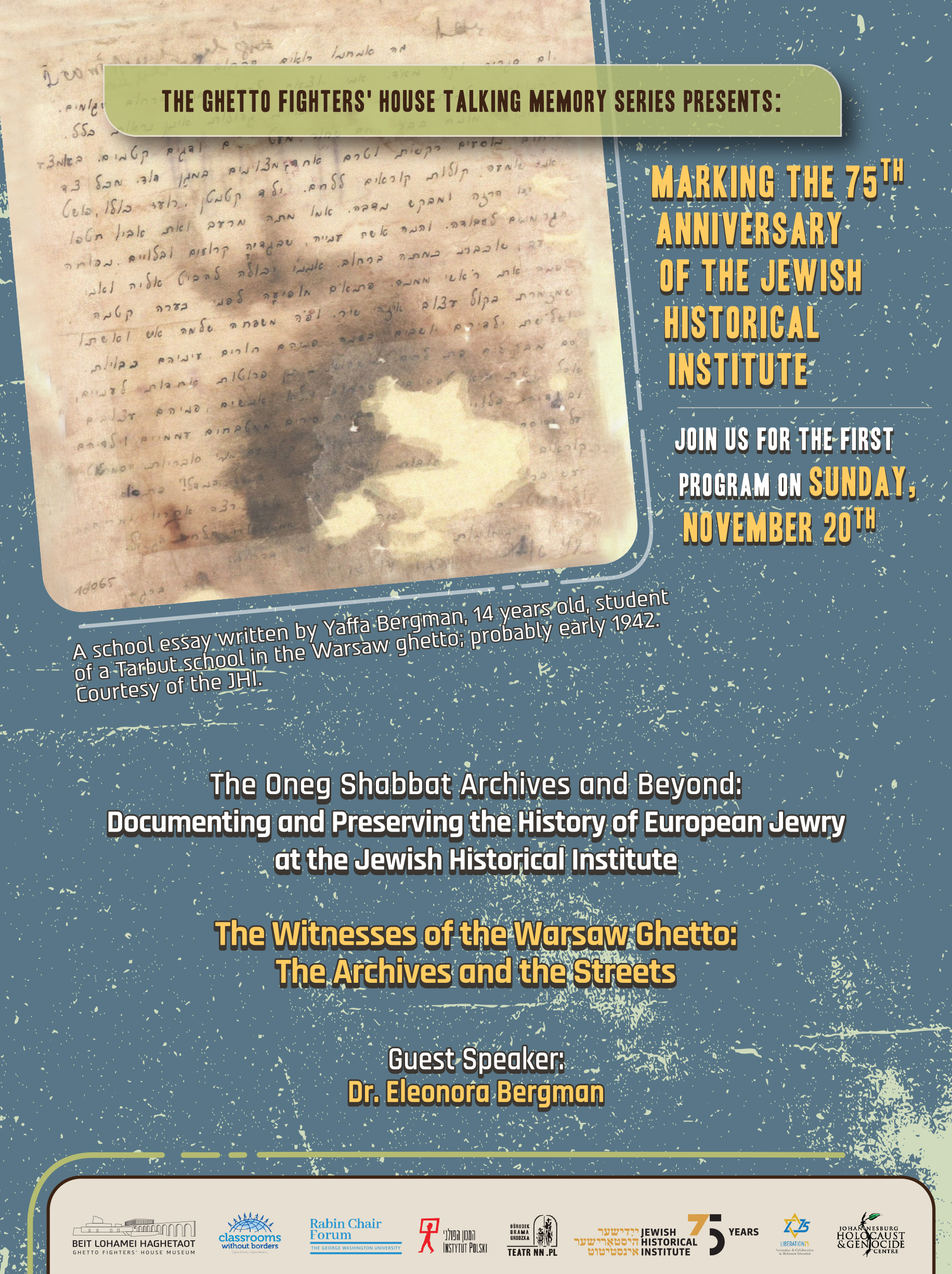 The Oneg Shabbat Archives and Beyond: Documenting and Preserving the History of European Jewry at the Jewish Historical Institute

Join us for the second program on Sunday, November 20th

The Witnesses of the Warsaw Ghetto:  The Archives and the Streets

Dr. Eleonora Bergman joined the Jewish Historical Institute in 1991, serving as its deputy director between 1996-1997 and 2001-2006. She was director from 2007 to 2011.  In this program, our guest speaker will discuss her involvement in the recently published volume on clandestine education and children that reflects not only their fate but is a record of civil resistance. It contains 47 archival items including several dozen documents – essays, drawings, texts for learning, invitations to performances, songs, and other.

Another initiative that Bergman will discuss is the project to mark the ghetto borders so that both residents and visitors can experience the size of the ghetto, can try to imagine the old sites, even if nothing is left of them, and to recall the people who once lived and died there.

This program is in partnership with the Jewish Historical Institute in Warsaw, the Polish Institute in Tel-Aviv, the Grodzka Gate – NN Theatre in Lublin, the Johannesburg Holocaust & Genocide Center, Liberation 75, Classrooms without Borders, and the Rabin Chair Forum at George Washington University.