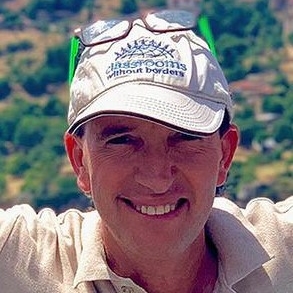 Avi Ben-Hur, a Brooklyn native, made Aliyah (immigrated to Israel) in 1983. From 2003-2008 Avi was Director of the Archaeological Seminars School for Israeli Tour Guides. In 2008 Avi participated in rewriting the curriculum of the National Guiding courses for the Israeli Ministry of Tourism. During 2002-2003, Avi led the curriculum development team for MELITZ America’s unique Israel centered curriculum. As a Scholar in Residence, Avi has lectured, taught and facilitated workshops in Pittsburgh and across the United States. Currently, Avi is on the faculty of the University of Haifa Tourism School, is an examiner for the Israeli Ministry of Tourism and is CWB’s scholar-in-residence. An eclectic Israeli educator specializing in Land of Israel studies, the history of Jerusalem, the Arab-Israeli conflict and Holocaust studies, Avi’s expertise is in integrating ideas and knowledge from various disciplines into a comprehensive and coherent narrative.

Avi has collaborated with Dr. Tsipy Gur on the guiding concepts that inform CWB’s educational programming. Avi also lectures and teaches for CWB in Pittsburgh annually in order to facilitate the incorporation of the ideas learned in the seminars into the classroom. Avi lives in Jerusalem.