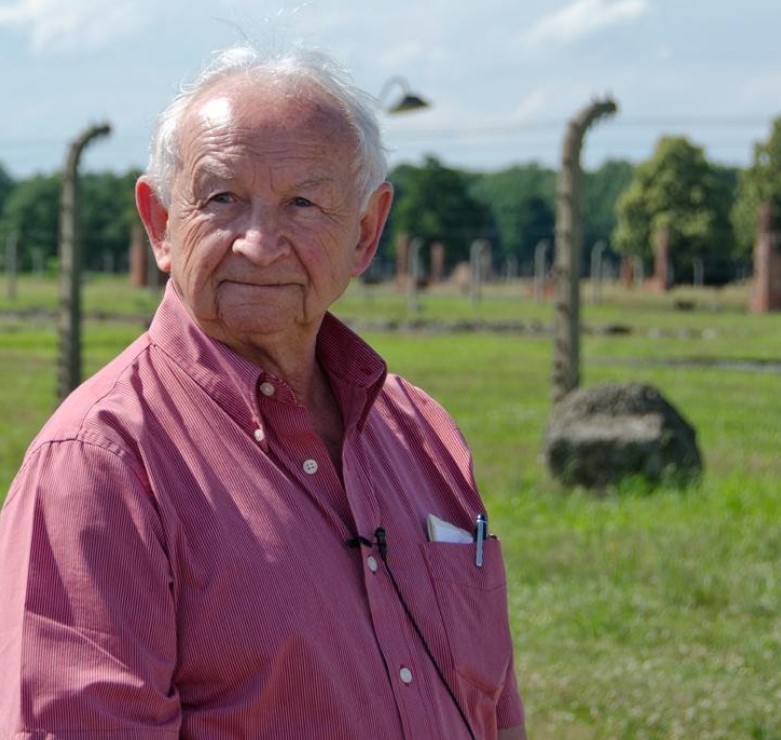 Howard Chandler was almost eleven when Nazi Germany invaded Poland on 1 September 1939. Howard and his family were members of a Wierzbnik Jewish community that numbered approximately 3,500. When school resumed later in September 1939, Howard and his siblings, along with all the Jewish students, were forbidden to return. As the Wierzbnik ghetto was created, Howard and his family stayed in their home as it was inside the perimeter of the ghetto; however, they had relatives from outside town move in as the population of the ghetto grew to over 5,000. On 27 October 1942, the Wierzbnik ghetto was liquidated; it was the last time Howard saw his youngest brother, sister, and mother who were transported to Treblinka where they were murdered with over 4,000 Jews of Wierzbnik.

Howard, his brother, and father were sent to the slave-labor camp in Wierzbnik. After two years, the three Chandlers were transported to Auschwitz- Birkenau. Surviving Birkenau and the death marches to Germany, Howard and his brother were reunited at Buchenwald; both were liberated after the end of the war at Terezin, outside of Prague, Czechoslovakia. Howard’s father was presumed murdered in Birkenau, but more recently Howard discovered he was sent to Stutthof, where he was murdered. Beginning in the late 1980s, Howard returned to his hometown. Since 2011, he has made annual journeys with Classrooms Without Borders to tell his story of resistance and survival during the Holocaust. Chandler’s return to his place of birth and displacement forces the town to grapple with its past. What does Poland, and what do towns like this all over Europe, do when the past returns like a ghost to walk down the street, to remember and commemorate lost loved ones — to tell the story of those who are voiceless?