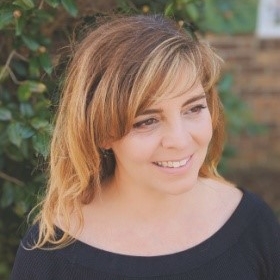 Shannon Foley Martinez, a former violent white supremacist, has two decades of experience in developing community resource platforms aimed at inoculating individuals against violence-based lifestyles and ideologies. Foley Martinez has worked in at-risk communities teaching and developing dynamic resiliency skills. She has worked for school systems, nonprofits, and community organizations. She has participated in programs with such organizations as the UN Office of Counter Terrorism, the National Counterterrorism Center, Hedayah, The Center for the Prevention of Radicalization Leading to Violence, UN Women, and the National Academies of Science, Engineering, and Medicine. Her story has been featured globally, including: The TODAY Show, NBC’s “Left Field,” The Atlanta Journal Constitution, the Associated Press, The Washington Post, Marie Claire magazine, Quartz, Al Jazeera America, and Georgia Public Broadcasting’s “On Second Thought” program. She has been a commentator on such news outlets as HLN, CNN, Canada One and BBC Radio. Foley Martinez has also assisted in training law enforcement officers, building programs for educators, and collaborating with tech companies like Google and Twitter. As the mother of seven children, she feels passionately about building empowered families and communities. She believes that we all have the power to enact profound and fundamental change in our lives.