The Ghetto Fighters’ House Talking Memory Series presents: Artistic Representations of the Plight of the Elderly in Terezin, 1942-1944

Crafting Heritage: The Art of Holocaust Remembrance – A Homage to David Friedmann

Join us on Sunday, June 12th , for the second program

Artistic Representations of the Plight of the Elderly in Terezin, 1942-1944

The Nazi ghetto of Theresienstadt (Terezin in Czech) near Prague, is often remembered for the incredible cultural endeavors of its Jewish inmates: in appalling conditions and in the shadow of deportations to death, the Jews there created art, held concerts and plays, and performed operas such as ‘ Brundibar” .

In reality, almost 34,000 people, the majority them elderly German and Austrian Jews, died of disease, starvation, and neglect withing the ghettos walls; thousands more were among the 88,000 deported to the death camps from the ghetto.

Today, most of these elderly men and women remain unremembered ghosts, whose lives, and suffering would have been forgotten by history had not an incredible group of Theresienstadt artists felt compelled to secretly draw their plight.

In this talk, we will examine the artwork these brave artists created in that hellish place and by doing so, we will give a face to these faceless victims, and remember their humanity.

This program is in partnership with Classrooms Without Borders, Johannesburg Holocaust & Genocide Center, Beit Terezin, and the Jewish Historical Institute. 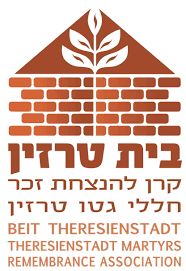